For the last 20 years, Best4Systems has helped people and businesses connect and communicate better.

The company is a professional, service-oriented telecommunications equipment fulfilment organisation with a wealth of experience and knowledge supplying an enviable client base including NHS, IKEA, BP, GSK, Waitrose, Comic Relief and more.

With deep roots in the telecommunications sector Best4Systems has grown to become one of the foremost telecoms equipment supply companies in the UK, Europe and international markets. It sets the standard for offering innovative solutions with the latest technology or reconditioned products and a dedicated, expert customer account management team.

Dealing predominantly with the Corporate, Local Authority, Call Centre, and related sectors, Best4Systems realised that customer expectations were evolving over the years and began looking at ways to overhaul and redefine their operation and processes to fulfil the requirements and service level criteria expected by such a clientele.

Best4Systems Managing Director Luke Littlewood was aware that in order to evolve the business to be more efficient and maintain growth it required a fresh approach to improving its key processes, communication and creating alignment between teams and departments. Once recognised as an opportunity Luke began working with Arnold Ferrier to partner with senior management and key employees to coach and unlock the potential and develop a collaborative approach to getting things done.

Littlewood commented, “The initial process was, in its’ own right, an eye opener for us. Arnold probed areas of the business that we had probably neglected, sought to understand systems that in some cases we didn’t have in place or were out of date and to streamline existing operational procedures that were in reasonable order anyway.”

Littlewood felt it was also an opportunity for key employees and senior management to better understand what they thought was good about the business and the way it worked and also what they felt was lacking.

“The process resulted in a series of observations by Arnold that he formed into a proposal. There were options, and it was by no means something that we had to employ in its entirety – we could decide what we felt were the items to prioritise, and which we could either use his insight to build upon in-house, or choose to side-line for the time-being. We agreed upon a 6-month plan”

“After having now worked with Arnold for 12 months we could not be more satisfied with our investment in his time.”

Ensuring members of staff in each sector of the business were fully inclusive from the outset was extremely important. This created an open-minded, safe environment for employees to express themselves and contribute suggestions without fear of “criticising” current processes or bottlenecks.

To help achieve this, Arnold Ferrier established coaching agreements to engage team members individually to help them identify and prioritise what they felt was most important to address, determine best case scenarios and desired outcome, identify measures of success, determine why achieving the goal is important (to them and the business) and what they believed they needed to do to address or resolve and achieve the outcome.

“The staff for whom we had selected individual streamlining and coaching have all spoken in volumes about the benefits, in terms of themselves – confidence, belief, trust etc – and in terms of the training and what they had learnt about the various processes.” Littlewood said.

Another key consideration of Littlewood’s plan to engage staff and improve performance rested on Arnold Ferrier’s style, manner and tone. How would he be received and perceived by certain staff members who might be fearful and reactive to the process?

“When he started, as you can imagine, a few hackles were raised at his introduction – despite a reassurance message that he wasn’t some kind of henchman!” Littlewood said. “One month later we (management) felt that not only had he and his methodology be accepted, his coaching and analysis was actually being looked forward to.”

Working with Arnold Ferrier, Best4Systems has deconstructed much of what they do and reconstructed it in a more measurably efficient form. Employee engagement and ownership has risen significantly, and people feel fully acknowledged and part of the business.

Better communication has resulted in greater clarity between management, teams and employees. Alignment around the company’s objectives is tighter resulting in work being more organised and efficient. Trust has been built, team cohesion strengthened, and a happier, more productive working environment established.

“We could not recommend his services enough.”

“Arnold’s approach to re-wiring and fine tuning the mechanisms and staff members of the business has been refreshingly holistic. His ability to deal with the practical implications whilst engaging the thoughts and minds of some more sceptical members of staff and coaching those who may have lacked confidence of ability in some areas, have been nothing short of excellent.” Littlewood said.

“We took a step that we thought, but did not know for certain was necessary, and it was a good decision for our business. Arnold still consults with us and has put in place a set of practical and staffing processes that we can maintain. We could not recommend his services enough.” 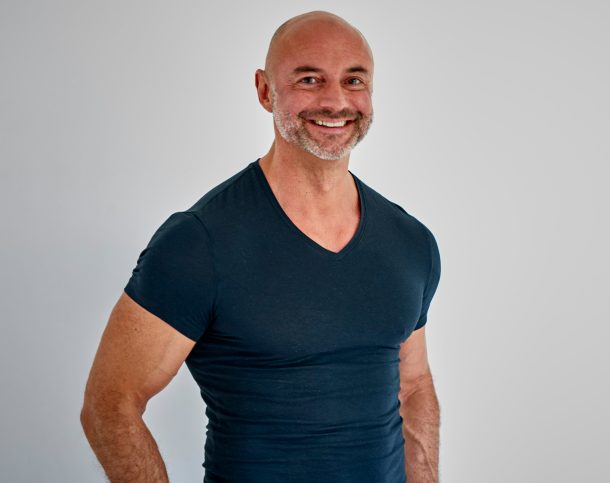 Your weekly shot of tips, nuggets and pearls. Things you might enjoy!

You have Successfully Subscribed!